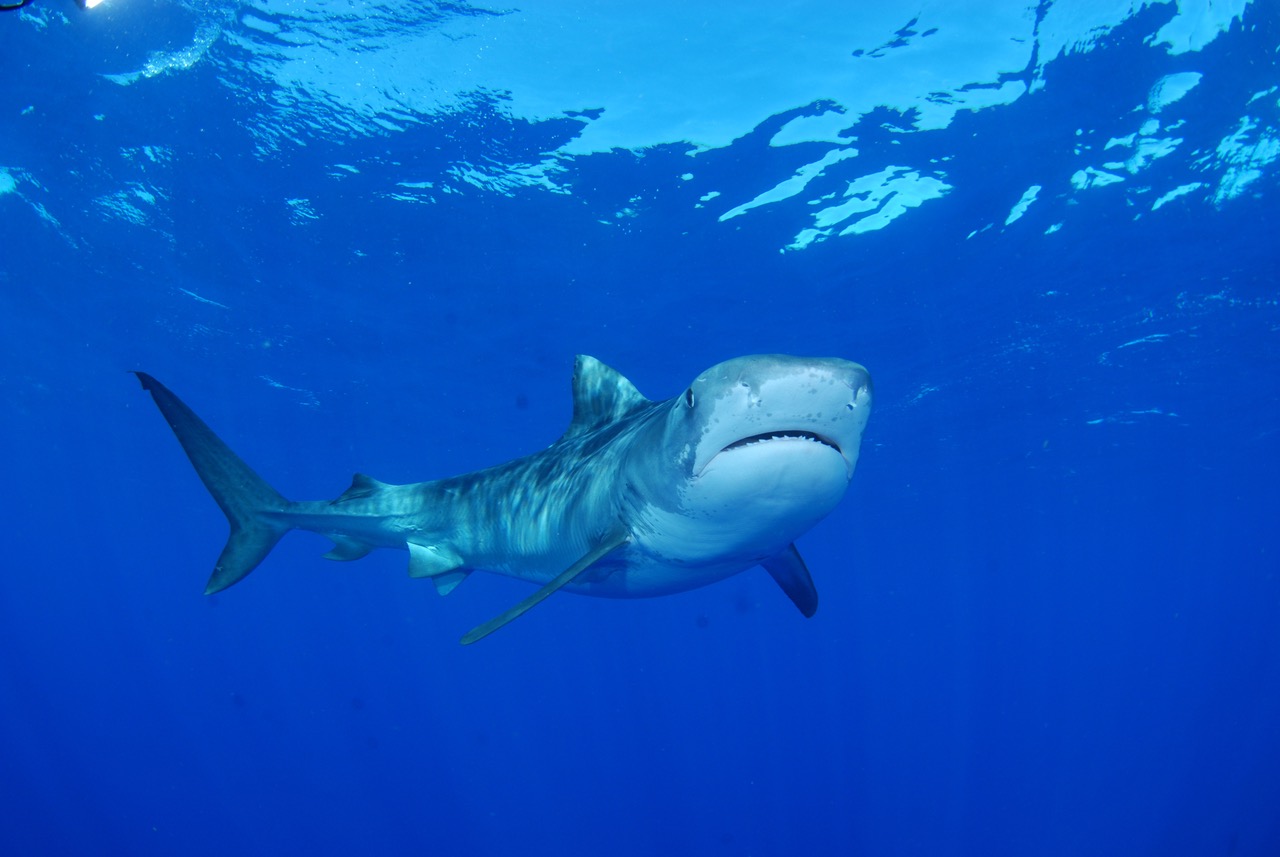 Sharks – they are the guardians of our oceans and at the top of the food chain at sea. They have survived all five mass extinctions and have developed into apex protectors over 400 million years. They are vital to our ocean ecosystems as they keep fish stocks strong and healthy by preying on the sick and slow.

Since 1970, the population of sharks has declined dramatically. More than half of all 507 known shark species have not even been properly researched, yet they are already at risk of being caught. The “International Union for Conservation of Nature” (IUCN) maintains a red list of endangered shark species and other fish. Unfortunately, this list is growing continuously.

A general lack of transparency in the fishing industry and illegal shark fishing can only be an indication of how bad the situation is for sharks.

On average, sharks first start mating after 10-14 years. Their pregnancy lasts several months and very few animals are born per litter. Afterwards they pause for one or two years before the next pregnancy. Due to their late sexual maturity and low reproduction rates, sharks are particularly vulnerable to overfishing. This means that they are fished faster than their populations can recover.

According to estimates, 100 million sharks are caught and killed in fishing nets worldwide every year. Often times, this is not intentional and they are only “by-catch”. Dead or injured, they are then dumped back overboard. Bycatch is the main reason why 89 percent of the hammerhead sharks and 80 percent of the great white sharks in the Northeast Atlantic have disappeared.

One cause for this is the method of longline fishing, which is known for very high by-catch rates. We have prepared an overview of the various fishing methods here.

And as if that wasn’t bad enough, many sharks also get caught in ghost nets, where they suffer a cruel death.

“Shark Finning” is an extremely cruel fishing practice. Sharks’ fins are cut off directly after they have been caught, and then the sharks are thrown back into the sea. This is meant to save storage space on the boats. Because the sharks are no longer able to swim without their fins, they sink to the bottom of the sea and suffocate or bleed to death. Shark fins are sold in about 125 countries worldwide. They are often considered a delicacy and status symbol. Shark fins are among the most expensive fish products with prices of over 150 euros per kilo. In Hong Kong, a bowl of shark fin soup from certain species can cost up to 400 euros.

Since 2003, shark finning has been banned in the EU and since 2013, sharks may only be brought ashore if their fins are naturally attached to their bodies. There are now also regulations in other countries. Nevertheless, the trade with fins is still going on.

How Shark Allies is committed to protecting sharks

Shark Allies is committed to the global protection of sharks and rays. Over the last decade, Shark Allies’ work has focused mainly on legislation to end the trade in shark fins. It started 2010 with a groundbreaking bill in the US state of Hawaii. Stefanie Brendl, Executive Director and founder of Shark Allies, and Hawaii’s Senator Clayton Hee drafted this historic bill, which soon became a model for many other state bans. After their success in Hawaii, Shark Allies moved on to other U.S. states, initiating a wave of legislations to stop the trade in shark fins and initiating the creation of shark sanctuaries. Shark Allies is also fighting to stop the widespread use of squalene from shark fins in the cosmetics industry.

A partnership to save the sharks

At the time of Shark Week 2020, an annual, week-long TV program on sharks on the Discovery Channel, we are pleased to announce a partnership with Shark Allies!

The Shark Allies Bracenet is your contribution to our joint mission. In addition to our usual donation of 10 % to Healthy Seas, we donate 2 € to Shark Allies for each Bracenet.

Wear your Bracenet with pride, spread the message for marine conservation and become an ally of the sharks. Each Bracenet means one piece of ghost net less is haunting the seas – and with each ghost net recovered, the sharks regain control of their territory.

What you can do to protect the sharks