When you jump into the sea, all sounds from above the surface suddenly appear muted. But still, it is never quiet underwater. Waves and rainfall, wind and currents belong to the natural soundscape of the oceans just as much as communication signals of many marine animals. In addition, there are lots of sounds caused by human – underwater noise.

In contribution to the International Noise Awareness Day on 28 April 2021, we took a closer look at, or rather listened to, underwater noise. What is underwater noise and where does it come from? How does it impact the oceans and marine life? And how can we solve the issue?

About underwater noise
First of all, what is noise?

Noisy sounds – we all know them from busy streets, our drilling machines or the construction site around the corner. But why do we perceive them as “noise”? According to the World Health Organisation, noise can disturb, annoy and even affect health.

At higher volumes and certain frequencies, it becomes more likely that we perceive noise as unpleasant. If that noise persists over a long period of time or recurs regularly, it can impact our well-being and quality of life.

What about underwater noise?

Where does underwater noise come from?

Quiet corners in our oceans are increasingly hard to find. According to the International Fund for Animal Welfare (IFAW), man-made underwater noise has doubled in some parts of the world’s oceans in each decade of the last 40 years. Where does all this noise come from? For instance, from the continuous noise from ever-increasing global shipping traffic, impulsive noise from wind farm constructions, explosions, as well as sonar equipment and seismic exploration. 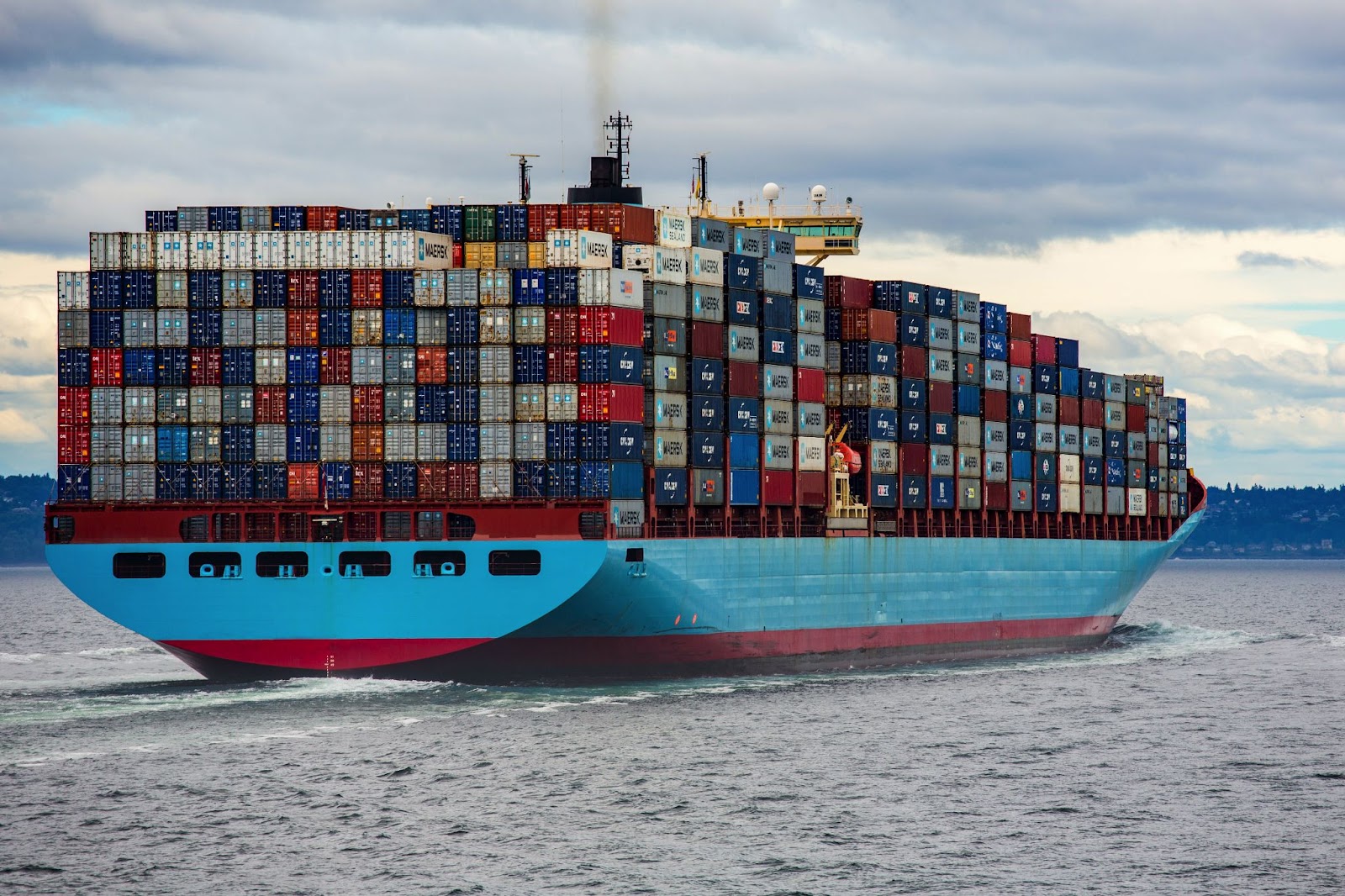 Continuous noise from shipping traffic is increasing every year. In addition to more and larger container ships, the number of cruise passengers and therefore cruise ships has increased almost fivefold over the last 20 years. The propellers and engines of these ships are in constant action and generate lots of noise. In addition, many ships use echo sounders which continuously transmit sound waves to determine water depth. This permanent noise drowns out all natural sounds and often has the same pitch as many marine animals use for their communication. Coastal tourism also creates underwater noise, for example from motorboats, jet skis or water skis.

Impulsive noise refers to recurring sounds. For example, depending on the type of construction, wind turbines piles are driven into the seabed with thousands of hammer blows. Similar things happen during the construction of oil and gas platforms. You can listen to these sounds here.

Another example of impulsive sounds are sonic or compressed air cannons, which are used in the search for oil and gas. Ships tow up to 40 compressed air cannons and fire explosive bangs at high pressure towards the seabed every 15 seconds. The resulting echoes gather information about the nature of the seabed and the raw materials found beneath. These devices are among the loudest used underwater.

Explosions to blow up old ammunition underwater are similarly loud. In the North Sea and Baltic Sea, for example, around 1.6 million tonnes of old explosive devices are slowly rusting, posing a danger to marine animals, shipping and fisheries. In addition, poison from this ammunition pollutes the marine environment. A quieter alternative would be to salvage the munitions.

Sonar devices help to explore the marine environment and make schools of fish, shoals or even submarines visible. With their especially high sound pressures, military sonars, in particular, pose a mortal danger to whales and dolphins. They are typically used during exercises or routine activities to detect hostile objects in the water. For this purpose, sound pulses of 100 seconds each are emitted over a longer period of time, filling wide areas under water with sound.

Underwater noise takes on many forms and is often permanent. It is particularly dangerous when it occurs cumulatively, i.e. when many noise sources come together. Between popular shipping routes, sonar devices, sound cannons and explosions, many animals are left with no escape.

Marine animals use sound for multiple reasons: orientation, communication, finding mates and food and avoiding enemies. However, all these aspects are affected by man-made underwater noise. Depending on the duration, intensity and context of the noise, its effects range from behavioural changes to injury and death.

All animals are affected

Research into these effects is complex, but it is clear that virtually all marine animals are affected. In general, increased sound exposure leads to stress. Animals’ respiratory rates may increase and metabolic rates may change, stress hormones are released. Prolonged stress leads to illness for us, why would it be different for marine animals? Further, sudden noise can cause reflex reactions in animals, resulting in protective postures or escape. When animals flee, they have to stop their hunt for food and simultaneously use up their reserves. In addition to individual animals, noise pollution can also affect entire animal populations, this depends on whether they can escape the noise and colonise new habitats.

Loud sound waves can cause internal injuries in fish and, in the long term, physical malformations and increased infertility. Shrimp and mussels are also affected, with growth disturbances, reduced fertility and associated low reproduction rates. 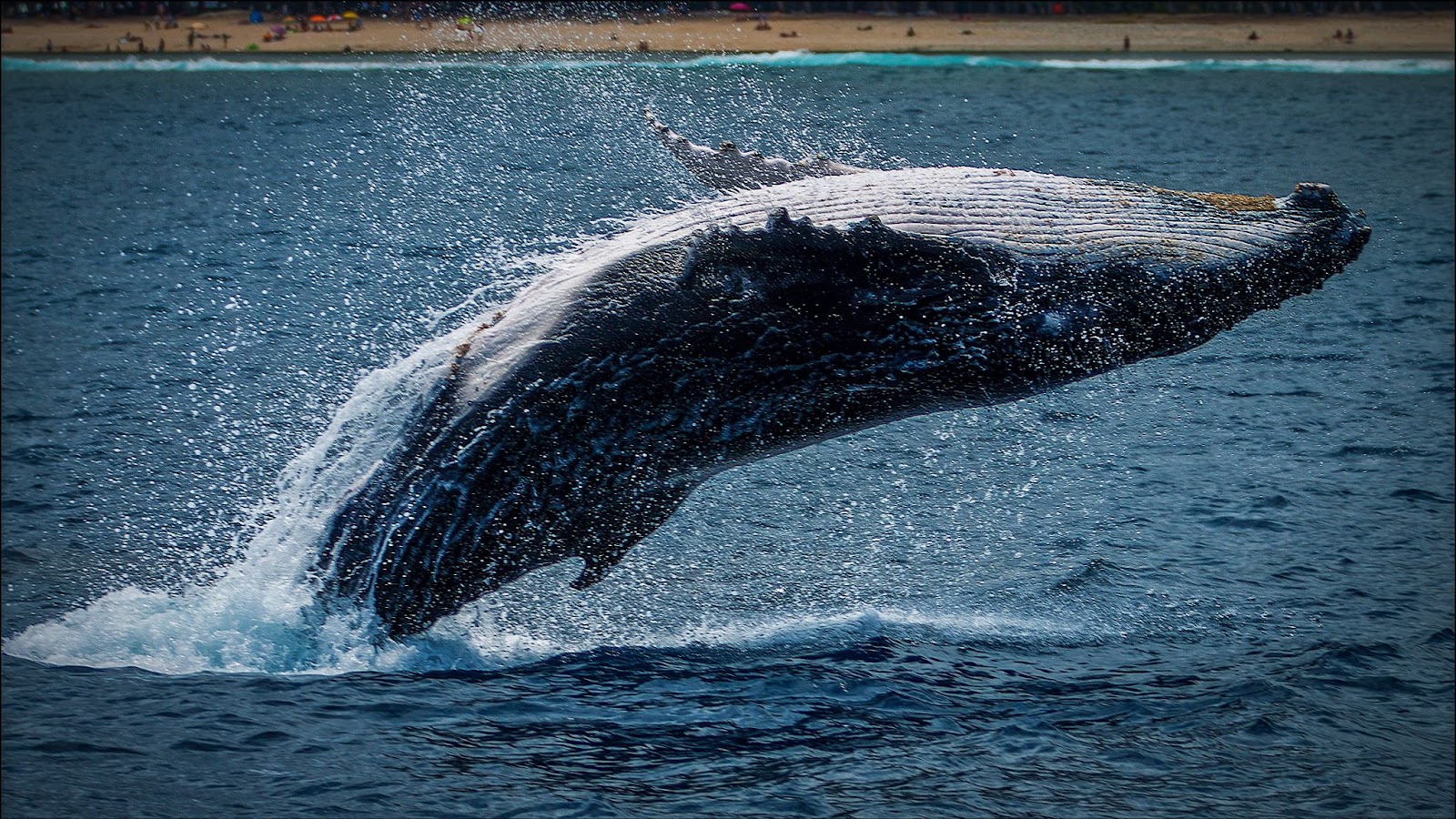 Increased permanent noise can cause whales and other animals to leave or temporarily avoid the habitats in which they normally reside. This affects their hunting, diving and escaping behaviour and is reflected in reduced food intake and subsequent weakening. Impulsive noise in the form of explosions can irritate whales, causing them to surface too quickly, which can lead to fatal embolism (high levels of nitrogen in the blood and other tissues, also known as diver’s disease). This also often manifests itself in the form of mass strandings, although there are many reasons for this.

Harbour porpoises orientate themselves by echolocation, as they have very poor eyesight. If this is disturbed, it is possible that they no longer find food and die.

Dolphins often try to be heard by their fellow dolphins despite all the underwater noise and therefore scream all the louder. This in turn leads to stress. Prolonged noise can also lead to temporary or permanent hearing loss.

Prolonged noise can change the cell structure in octopuses and other invertebrates. This means a change in the hair cells, which leads to a disturbance of their sense of balance. The pressure of powerful sound waves can also kill these animals.

These are just some of the effects of noise pollution. But they are enough to prove that the impacts of underwater noise on marine life can be as diverse as disastrous. Research in this topic is still in its infancy, but we can certainly say that something has to change if we do not want to endanger the marine ecosystem even further.

The Road to Silence

In 2005, the United Nations recognised underwater noise as one of the top five threats to marine mammals and one of the top ten threats to the oceans as a whole. In theory, the solutions to underwater noise are quite simple: quieter propellers, limiting vessel speeds, creating marine protected areas, implementing technically improved and more fuel-efficient engines. These solutions would  reduce noise, and simultaneously, carbon emissions. But in practice, progress is slow.

There are some promising approaches to underwater noise. For instance, the noise protection concept for offshore wind farms in the German North Sea. It states that two wind farms may not be built at the same time, so that harbour porpoises can flee to quieter areas. In addition, the volume of pile driving must not exceed a certain decibel level and animals have to be warned in advance with disturbance signals.

Another means of containing pile-driving noise involves so-called bubble curtains, which dampen the sound. A kind of holey bicycle inner tube is placed around the pile driving site on the seabed. Air is forced into the site, which then flows out through the holes and rises to the surface in the form of bubbles, creating a veil that dampens the sound. However, even after the construction of offshore wind farms or platforms, it remains noisy in their surroundings due to supply runs.

An approach to noise reduction in seabed exploration is to use vibration instead of sound. However, the military is not particularly cooperative when it comes to their sonar activities. They argue that these activities serve national security.

Besides the need for technical solutions, there is a lack of political will to combat these issues. Transnational solutions are essential, and they are a focus of the UN Decade of Ocean Science for Sustainable Development, which started this year.

Various environmental organisations, including BUND and IFAW, are currently calling on the German government to provide continuous funding for long-term measuring stations in order to better identify the sources and implement targeted measures, reduce noise at the source and develop Europe-wide noise reduction strategies. Their open letter is based on the accusation that the EU states have completely failed to achieve the goals of the EU Marine Strategy Framework Directive agreed in 2008 – to achieve a good environmental status of our seas by 2020.

We still have a long way to go before underwater noise pollution is significantly reduced. But there is a ray of hope: If the cause of the noise is eliminated, the pollution will stop immediately. There is lots of work to do, but there is also lots of hope that we can return a quieter environment to marine life in the long run.

If you want to learn more about the problem, we recommend the documentary Sonic Sea.